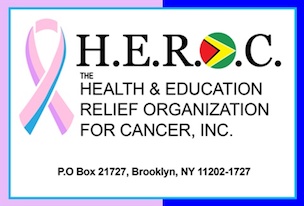 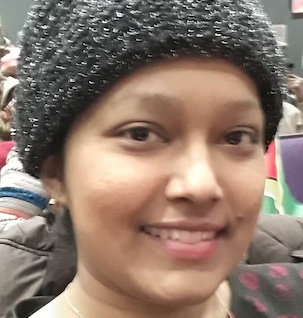 Marcia Priyadarshani Gordon is a graduate of the University of Guyana where she attained a Bachelor of Science Degree in Biology. She has impacted several areas of society with her simplicity, positive energy and helpfulness. From her childhood years, Marcia has been involved in many activities such as: hosting weekly children television programs as part of United Nations International Children’s Fund (UNICEF), volunteering time to assist children to read at the National Library and outdoor activities as part of the President’s Youth Award Republic of Guyana (PYARG) program where she was a recipient of the Bronze level Award.

During her years at The Bishops’ High School and Queen’s College, she was a leader of several groups which included the Interact Club (Sub Club of Rotary of Georgetown Central) and Inter-Varsity Christian Fellowship (IVCF). At University of Guyana, she was a Core leader of Campus Crusade for Christ (CCC) where she was part of the delegation that represented Guyana in Trinidad. During her final years of University, she became a volunteer for the Centre for the Study of Biological Diversity (CSBD) and a Laboratory Lecturer Assistant.

At the time of her Stage Four Breast Cancer Diagnosis at the age of 26 in 2015, she was a Project Officer at the Guyana Forestry Commission where she was part of the Guyana delegation to China. In addition, Marcia was also a Sunday School Teacher involved in Dance and Steel-pan and a Lay Preacher for the Presbyterian Church of Guyana (PCOG).

She was awarded the Golden Arrowhead Award of Achievement and Distinction from the Guyana Tri-State Alliance combined with several recognitions from the Health & Education Relief Organization Inc. (H.E.R.O.C) for her resilience in being an inspiration despite her adversities dealing with cancer.

Her membership in the Guyana Cultural Association of NY affords her the opportunity to work with children and assist in the planning of Community Activities.

Marcia continues to live the concept of Mindfulness and holding onto her belief in God. Her concept of seeing life as a jigsaw puzzle, which is one of her hobbies, serves as a great source of therapy. She believes that eventually all pieces fall into place; as such, take the time to laugh at the confusion, learn to dance in the rain, live for the moment and know that everything happens for a reason.